The Timeline of Jamaican Music

A Chronology of Important Events in the History of Jamaica's Music


Jamaica's music is inextricably linked with the history of the Jamaican people; of both the slaves and the colonial settlers.

The strains of African influences are evident in both style and form. The rhythms of Khumina and Nyabinghi have clear links to continental Africa and the call-and-response antiphonal styles, common to West Africa, are clearly present in Jamaican ritualistic and religious rites such as the nine-nights and religious worship.

The culture and music of the colonial settlers were no less influential. Black musicians would have been exposed to, and would have performed the music of waltzes, quadrilles, reels, and other figure dances introduced by the English. The mixture of these styles is evident in the island's folk music and in later years as the island became more exposed to America's popular culture, additional influences such as Rhythm and Blues began to take hold.

The confluence of these various styles ultimately led to the music we now know. An interesting blend of influences creating a unique sound full of flavor and attitude.

"The Timeline of Jamaican Music", seeks to capture the important events and influences that helped shape the music, by tapping the knowledge of the experts. Those who have lived it and those who have spent countless hours in research. 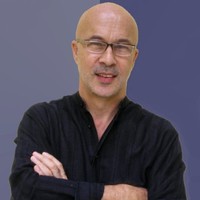 Author: Vibe Merchants: The Sound Creators of Jamaican Popular Music
Based on his PhD dissertation, Ray Hitchins explores the gap between two fields: the history and analysis of Jamaican popular music on the one hand, and research on the relationships between technology and music production on the other. [ Read on... ]

Since its inauguration in 1966, Jamaica's Festival Song Competition has served to galvanize a sense of national pride and identity across the island. For a list of the winning songs since its inception to 2020 [ read on... ]